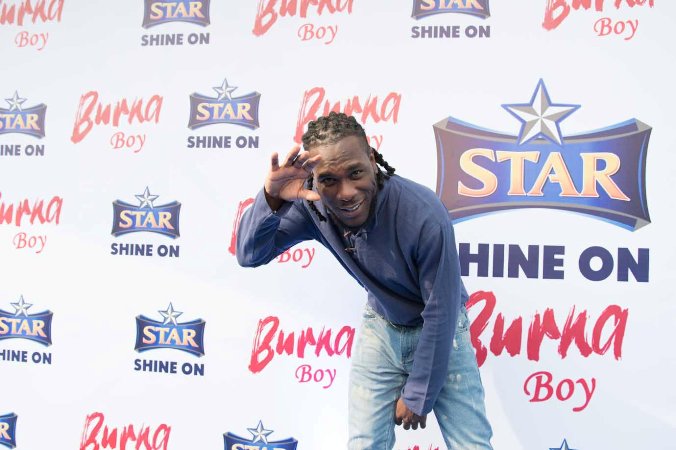 On Thursday, the 14th of March 2019, Burna Boy unveiled his new commercial with Star Lager Beer.

The commercial which is themed “come to the brighter side” shows the life of Burna Boy as a music superstar, seeing him in various elements; during a photo shoot and at a bar. The ad is also accompanied by a jingle composed and performed by Burna Boy.

As part of his role as the new ambassador of Star, the new campaign will also see Burna feature in the billboard ads.

Burna Boy has continued his remarkable success of 2018, releasing a new track – Dangote which has enjoyed massive airplay and widespread acclaim.

His unveil as Star’s first brand ambassador early this year, culminated a remarkable 12 months for the Afro-pop star in which had released the critically acclaimed “Outside” album as well as headline his own concert. Following these achievements, Burna has been touring Europe for his “Giant of Africa” concert, all whilst continuing to deliver great new music.

Speaking after the unveiling of the ad, Burna expressed his delight in Starring in his first commercial,

“I have never been much of an actor, so even though the cameras were on, what you see in this ad is me just being myself and celebrating the brighter side with Star. I’m thrilled to be part of the Star family and I can’t wait to partner with Star to create more magic and delight my fans.”

Burna Boy’s association with Star was unveiled on the 28th of January, 2019 at a private event in Lagos. This landmark relationship between Star and Burna will see him become the face of the brand, representing the brand across various forms of media.

Currently, Burna Boy is considered one of the biggest artists from Africa with impressive streaming numbers across Spotify, Apple music, Deezer and Youtube, making him one of the most bankable music superstars of his generation.