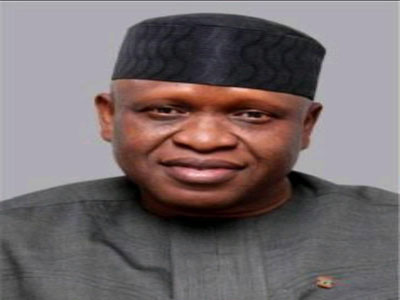 He described him as a patriot and democrat.

President Buhari, in a statement by the Special Adviser on media and publicity, Mr Femi Adesina, congratulated Oyegun on the milestone, which has been highlighted with memories of great achievements.

He recalled that the celebrator was a Permanent Secretary at the age of 30, won a govership election in his 50s, and became chairman of a party that sacked an incumbent government for the first time in Nigeria’s history.

The President affirmed that the former chairman of All Nigeria’s Peoples Party (ANPP) and APC set a standard for consistency, honesty and integrity in Nigeria’s politics as he championed the building of strong democratic institutions, and promoted the virtue of looking beyond elections and positions to growing and unifying the nation for posterity.

As an active participant in governance for many years, President Buhari believed Oyegun’s depth of wisdom, maturity, tolerance and penchant for always putting the interest of the nation above self should serve as a lesson to both old and younger political actors, noting that the greatest investment for building a nation is personal sacrifice.

Also, a leader of the APC in Delta state and its 2015 governorship candidate, Olorogun O’tega Emerhor, noted that Oyegun’s leadership sagacity birthed the President Muhammadu Buhari-led government, which has positively impacted the lives of Nigerians.

While congratulating the one-time Edo state governor, the party chieftain prayed for good health to him.

He said: “I write to congratulate a quintessential father, leader, role model, democrat, benefactor and a fine gentleman on his achievement of being strong, active and untiring on his 80th birthday.

“Today, I and the Emerhor Political Family in Delta State are honored to celebrate him and to join millions of his well wishers, admirers, family, friends and benefactors to wish this icon of our time good health and more years in his untiring service to Nigeria and humanity”, Emerhor said.