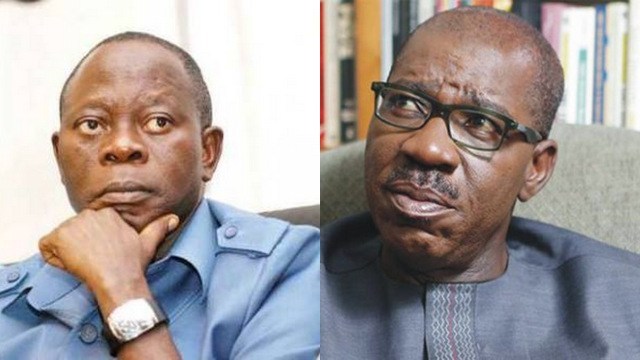 Edo State Governor Godwin Obaseki has said there is no rift between him and his predecessor, Adams Oshiomhole. The governor said the assumed rift is created by third parties.

He said: “I thank you very much for the remarkable homily. I listened very attentively; I have taken every word to heart and very seriously. I assure you that we are in pursuit of peace and we will have peace in Edo State.

Governor Obaseki said the government, in line with the spirit of Nigeria’s national anthem, will not forget the labour of past heroes.

“Today, we are here to celebrate our own Chief Odigie-Oyegun. On behalf of the people and government of Edo State, I congratulate you on your 80th birthday,” he added.

“President Muhammadu Buhari will open the academy with you standing beside him. It will be known as the John Odigie-Oyegun Institute for Public Administration,” Obaseki said.