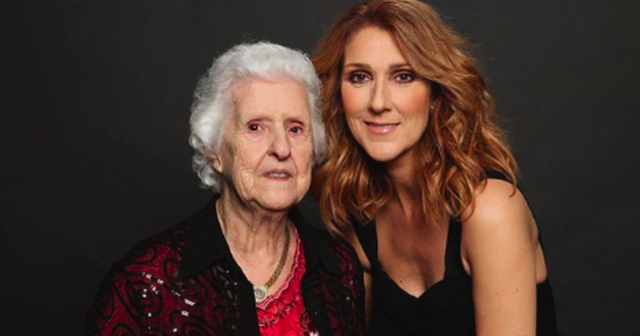 Celine Dion took some time during her concert in Miami, Florida to speak about some emotional memories of her mother, Thérèse Tanguay Dion.

On stage at the American Airlines Arena, the 51-year-old singer said, “I’m pretty sure that you heard the news about my mom passing away early this morning. But I’m doing okay.

“My mom was 92. She was ill for quite a while. And we knew she wouldn’t be with us long.

“Two days ago, we got a call from the nurses who were taking care of her so well, saying that her time was coming soon. Very soon. So last night, I joined my brothers and sisters in Montreal and I spent the evening at her bedside.”

“We told stories. We sang songs. We hugged each other. And we said our goodbyes.

“We are pretty sure that mom waited for us to be all together before [she passed],” Celine said of the emotional night according to footage from the concert obtained by TMZ.

Celine Dion also shared a tribute to her mom on Instagram on Friday and confirmed that her tour would continue after her mother’s reported death on Thursday.

“Maman, we love you so much… We dedicate tonight’s show to you and I’ll sing to you with all my heart. Love, Céline,” she wrote.

Thérèse died on Thursday at age 92 after months of declining health. Celine’s father, Adhémar Dion, died at age 80 in 2003.